How to make a Richard mask TUTORIAL (ENG)

I want to make it clear this tutorial might and will contains gramatical errors (my mother language is not English so..sorry guys...) and if something is not clear please ask.
Also I DO NOT mean to harsh anyon with the words or the capital letters, just want to make it more than a plain tutorial.
Well hello guys,

Few of you asked me how I made my Richard mask. I'll tell you everything you might need to know.
So let's jump in the deep!

Tools you will need: 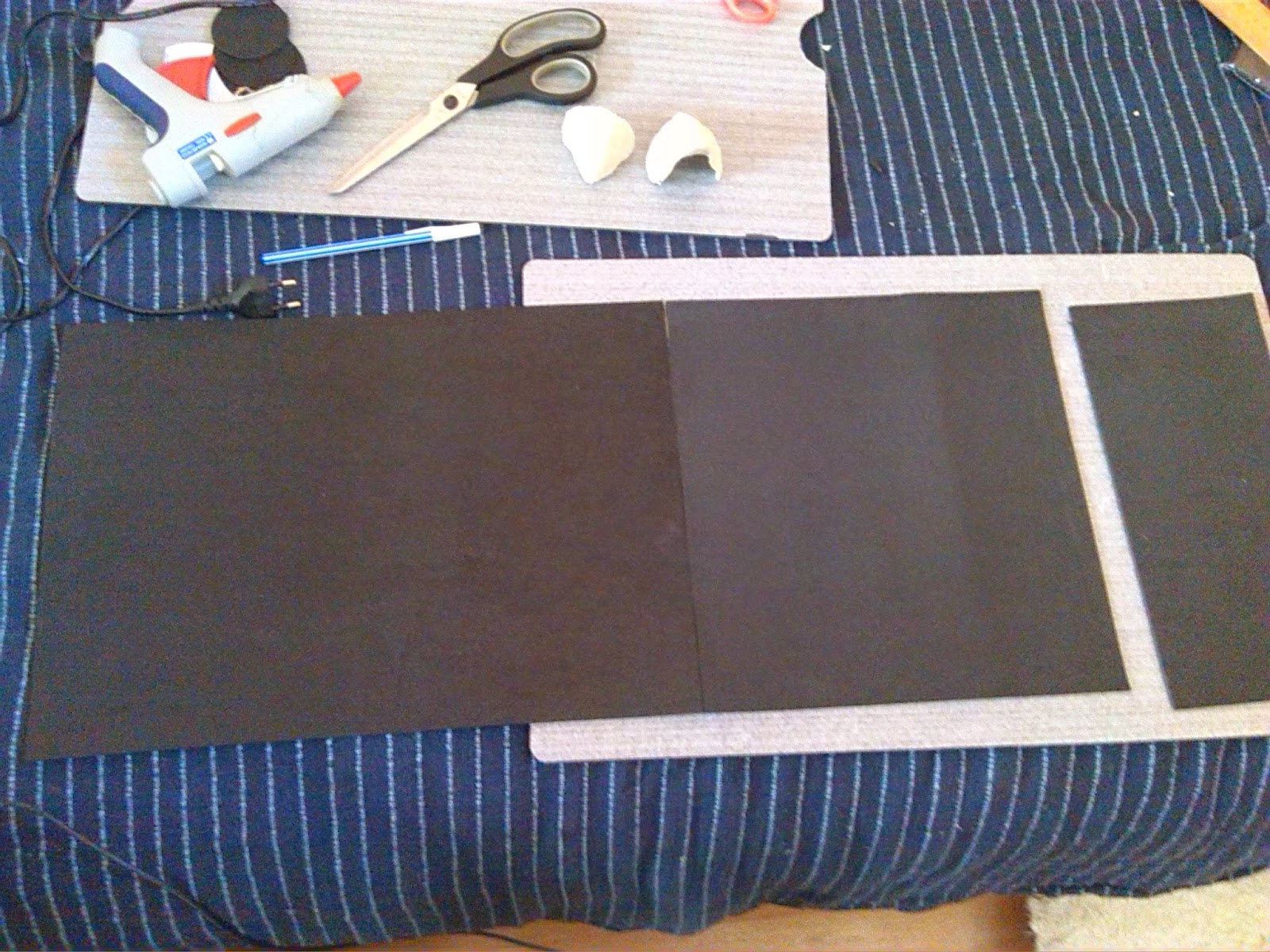 1. Measure your head around.


DON'T FORGET TO LEAVE EXTRA SPACE!!!
If you need to tie up your hair do it with your hair tied up measure your head when your hair like how you will wear it when it's done.


Use a thin line of craft foam to make the fitting looks good (PUT IT ON THE INSIDE! so it will looks good and you will not have wisible layers on the outside)

Are you have a tube now?
Yep?
Good! You are doing great so far!

3. Cut lines on the top of your tube.

4. Fold them on eac other and fix them with some masking tape before gluing them together!

It's important because you don't want to screw it up and start it again aren't you?

After you made sure it fits of course.
Like on the picture: 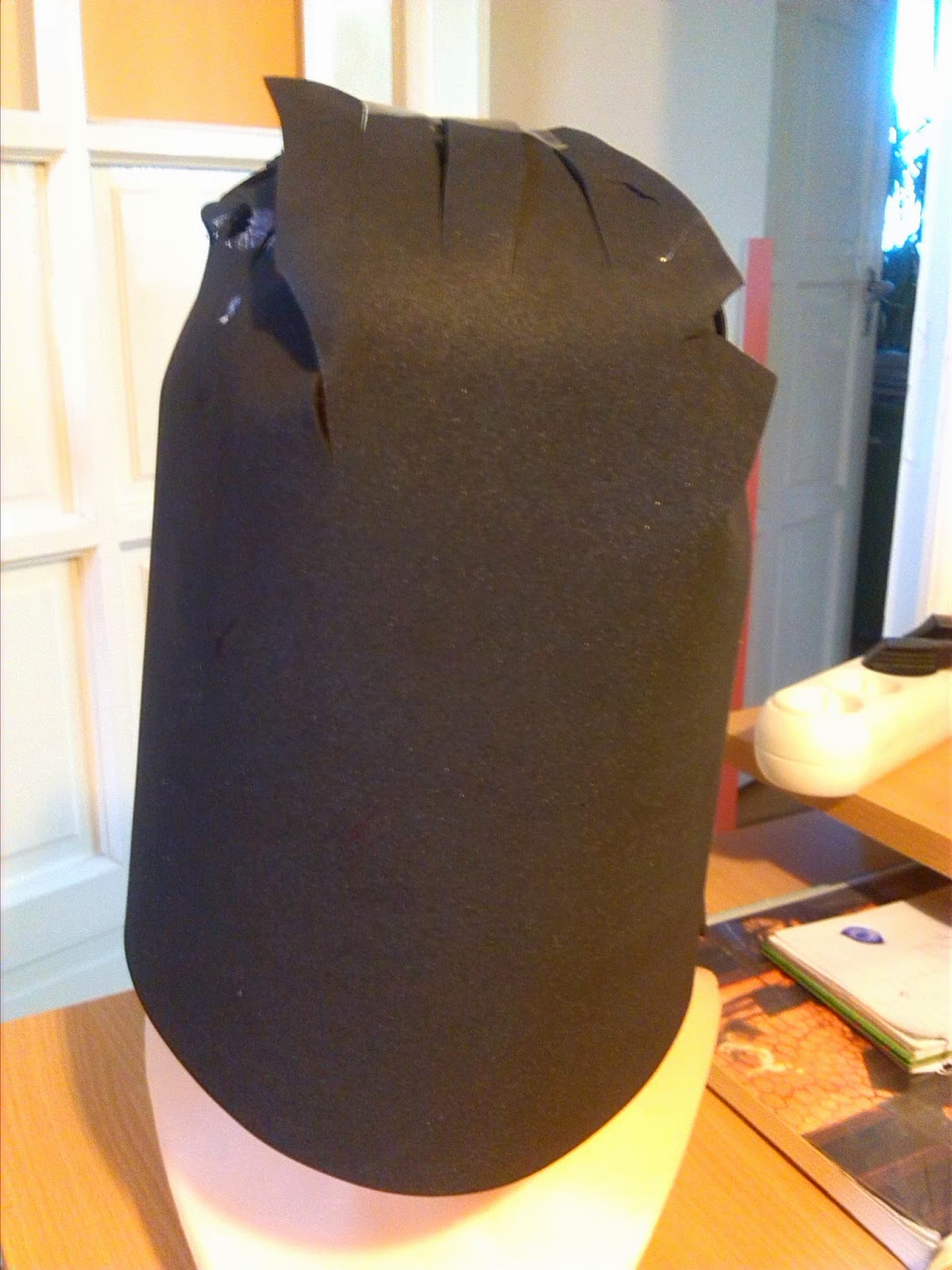 6. Put it on and mark where is your eyes and nose.


7. Grab your compas and draw a circle on a piece of paper

8. Grab some craft foam and trace the circles around.

(use a pen for tracing)
Now you got two craft foam circles, right?
Great, you doin awesome \o/
DO IT TWICE!

9. Draw a smaller circle on a piece of paper

(r:2cm)
This will be the inner part of the eye
Try to put them on the midle of the biger craft foam circles and trace them around

Now you will have two rings if I'm not mistaken.

11. Grab you black net and glue them on the rongs 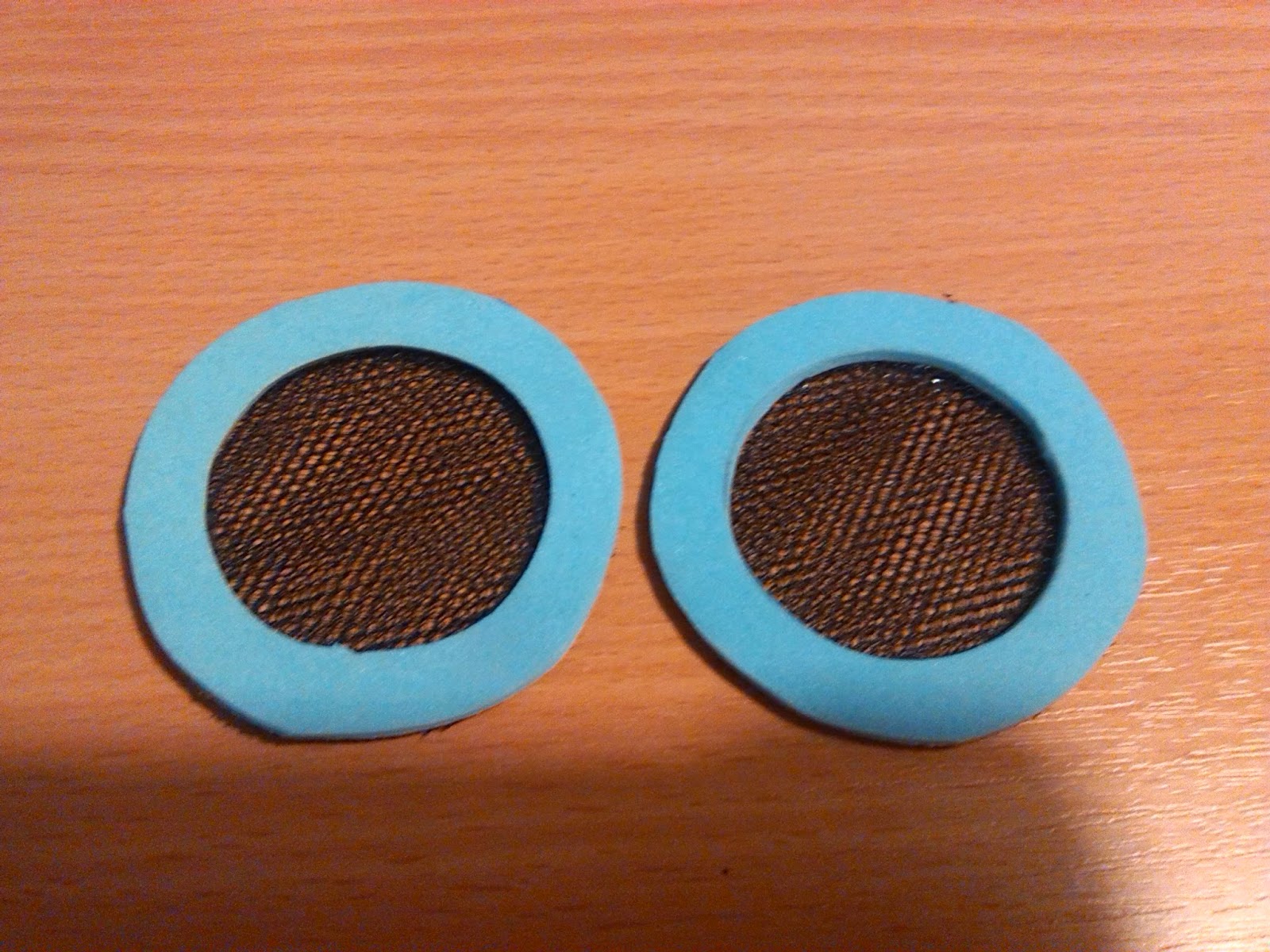 13.Lets move on the beak

You will need on of these lil things: I used an 8 cm long one
Cut them it in half. Like this 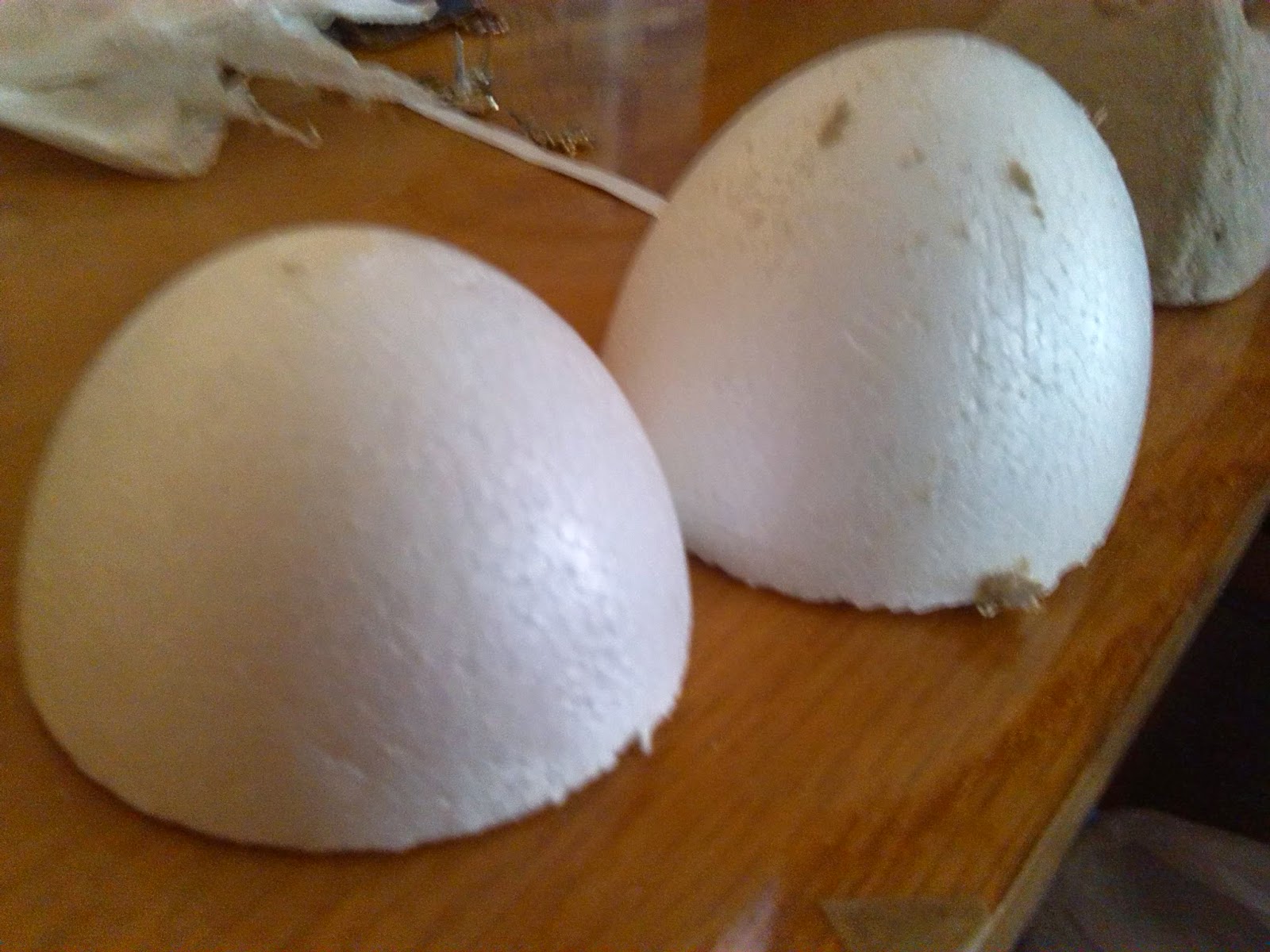 This will be the base of your beak. We will use only the half of the half egg (oh god hope it understandable)
Get some clay of your choice and sculpt the beak on the egg. 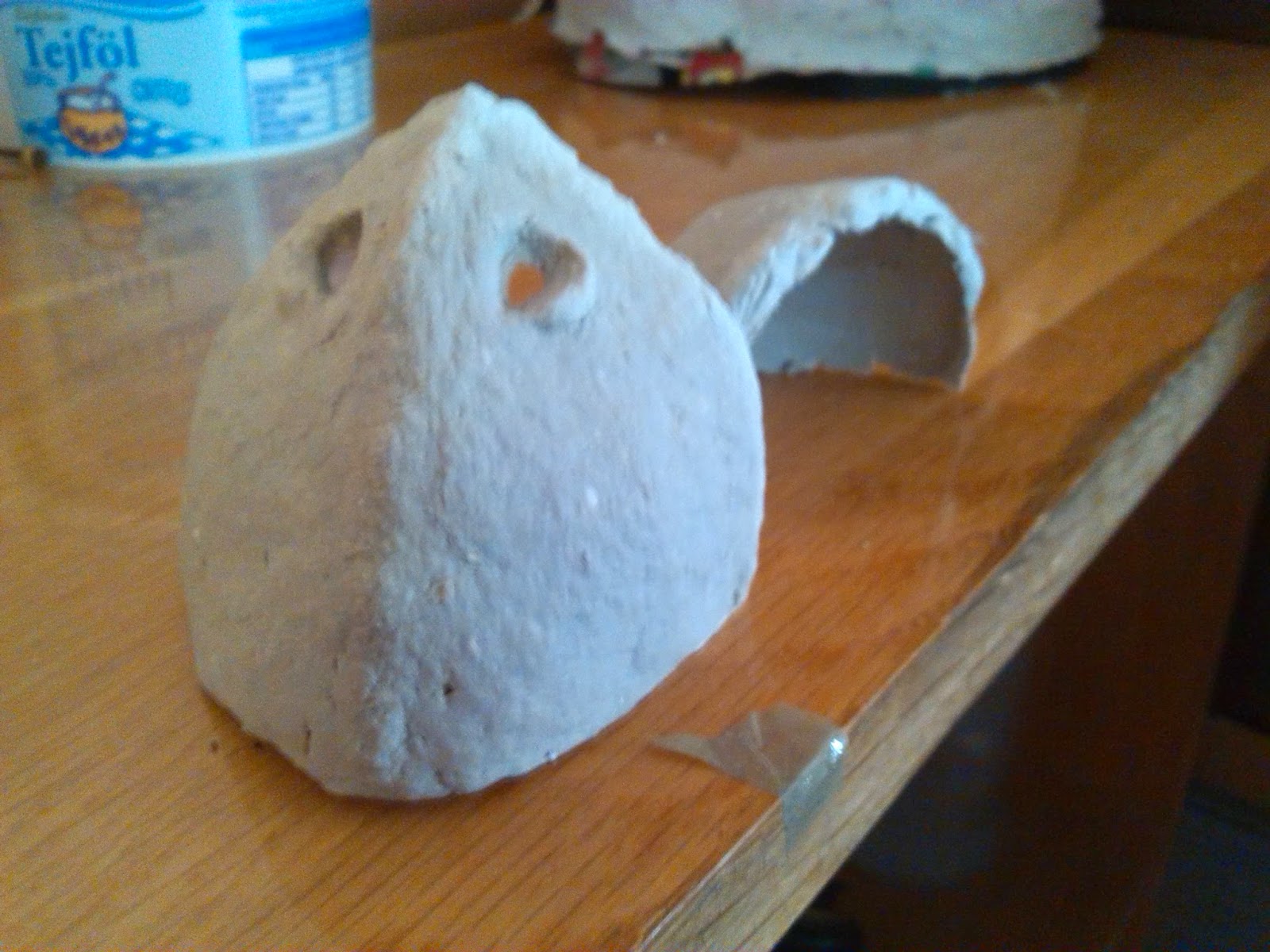 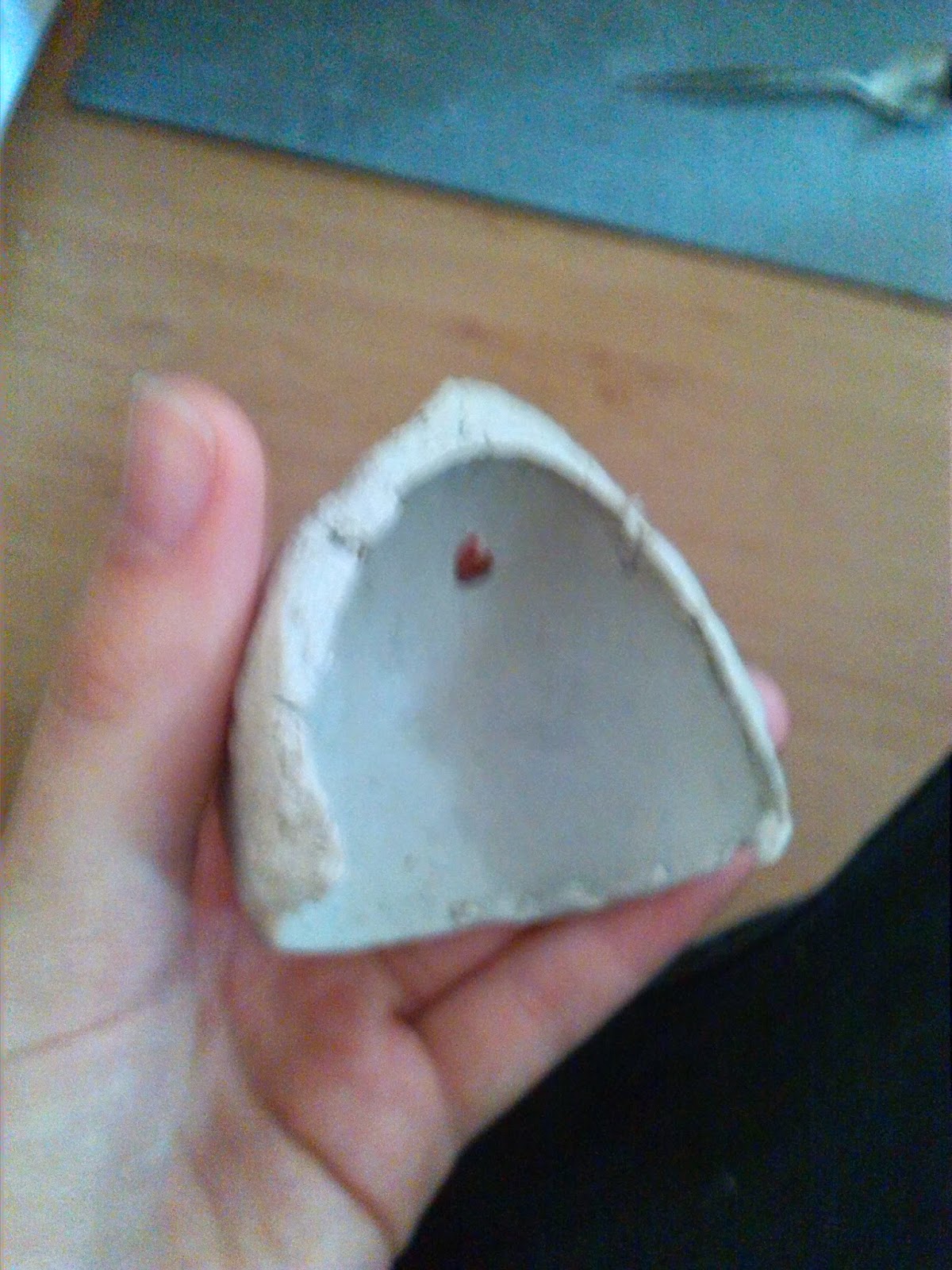 Grab some sand paper if the surface of your beak is jagged.
You can also add some details like "battle scars 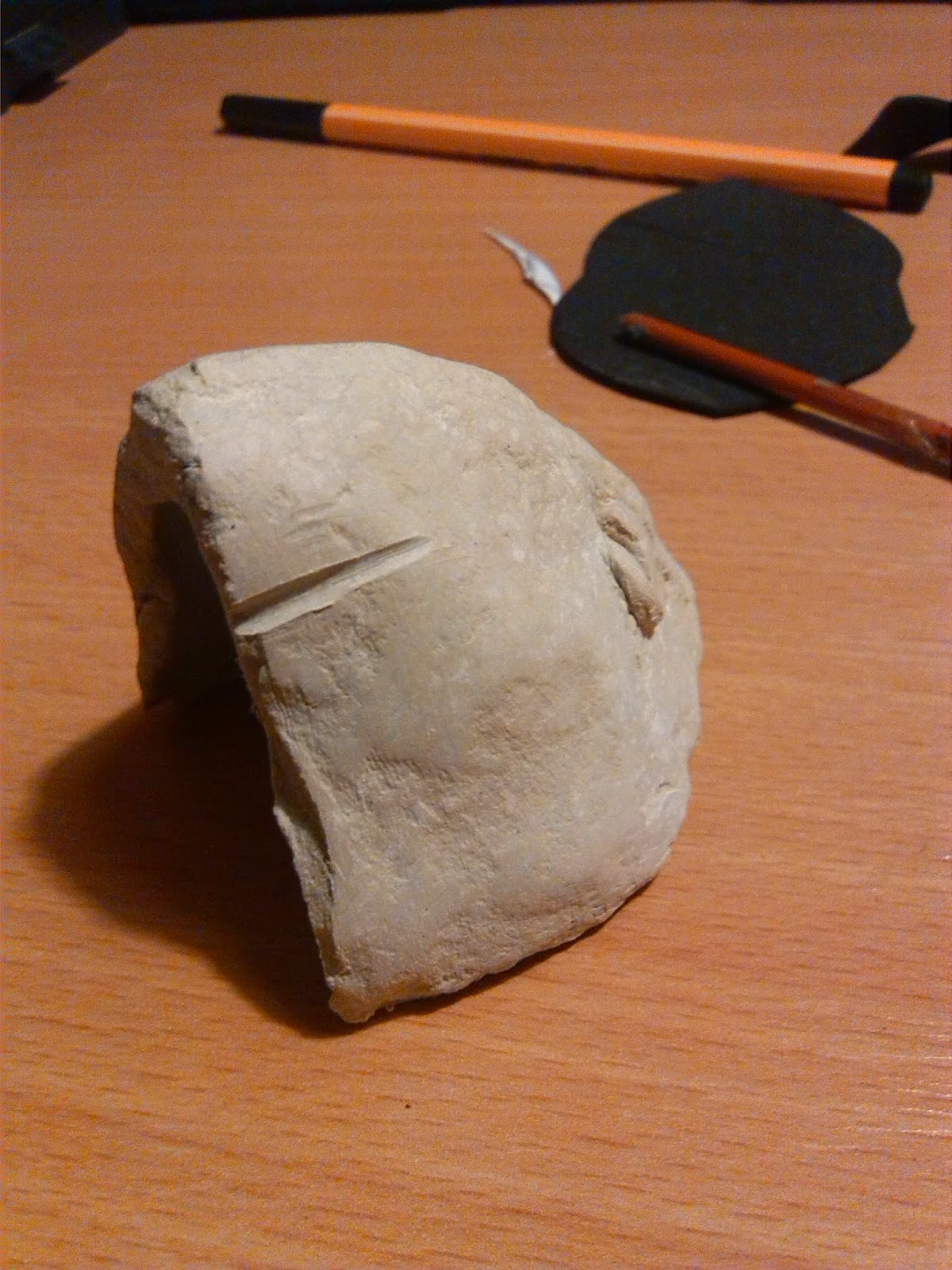 (I forgot to make a pic without the beak glued on ;_; my bad) 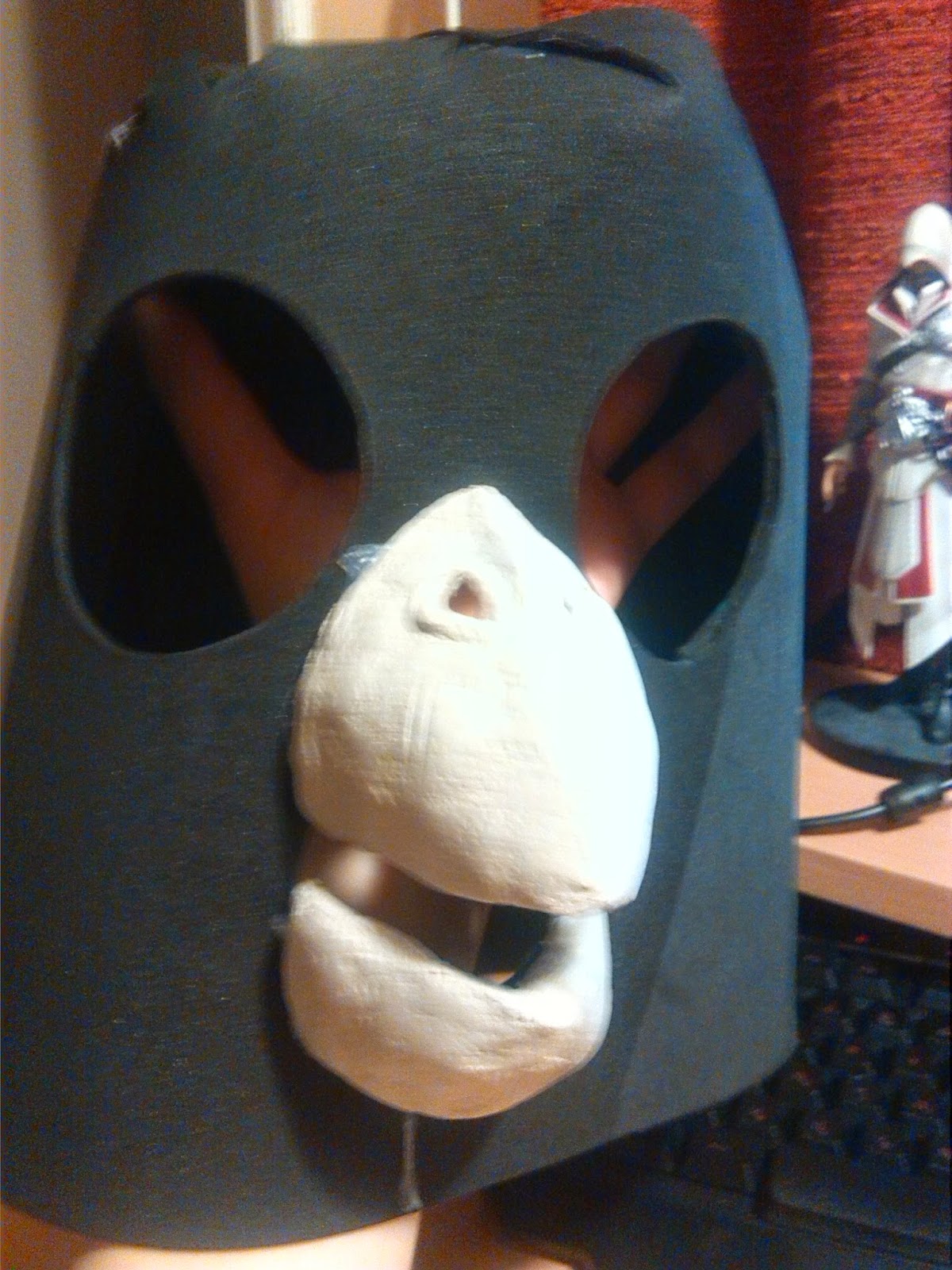 
The inner part of the eye is deeper in the hole, because you want to see and not be a derpi chicken! 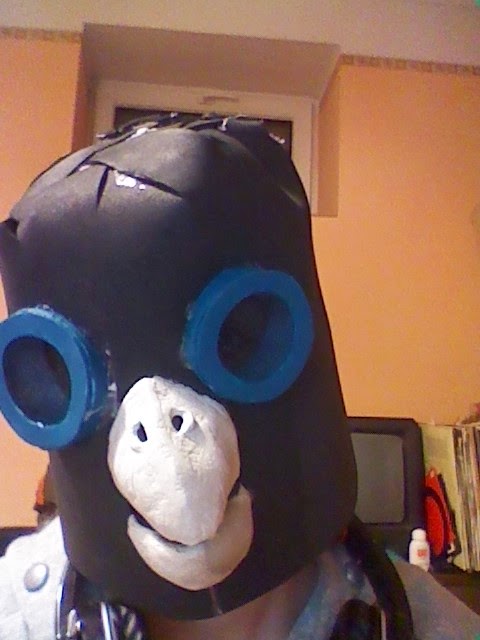 18. Move on the thingi on the head

Honesty I kinda made it out of the blue and I still don't know how I should make a proper one.
(and of course I forgot to document the whole process)

First lay your mask on a piece of paper (on its side)
Trace the upper part, than complete it
I gues it will looks something like this: 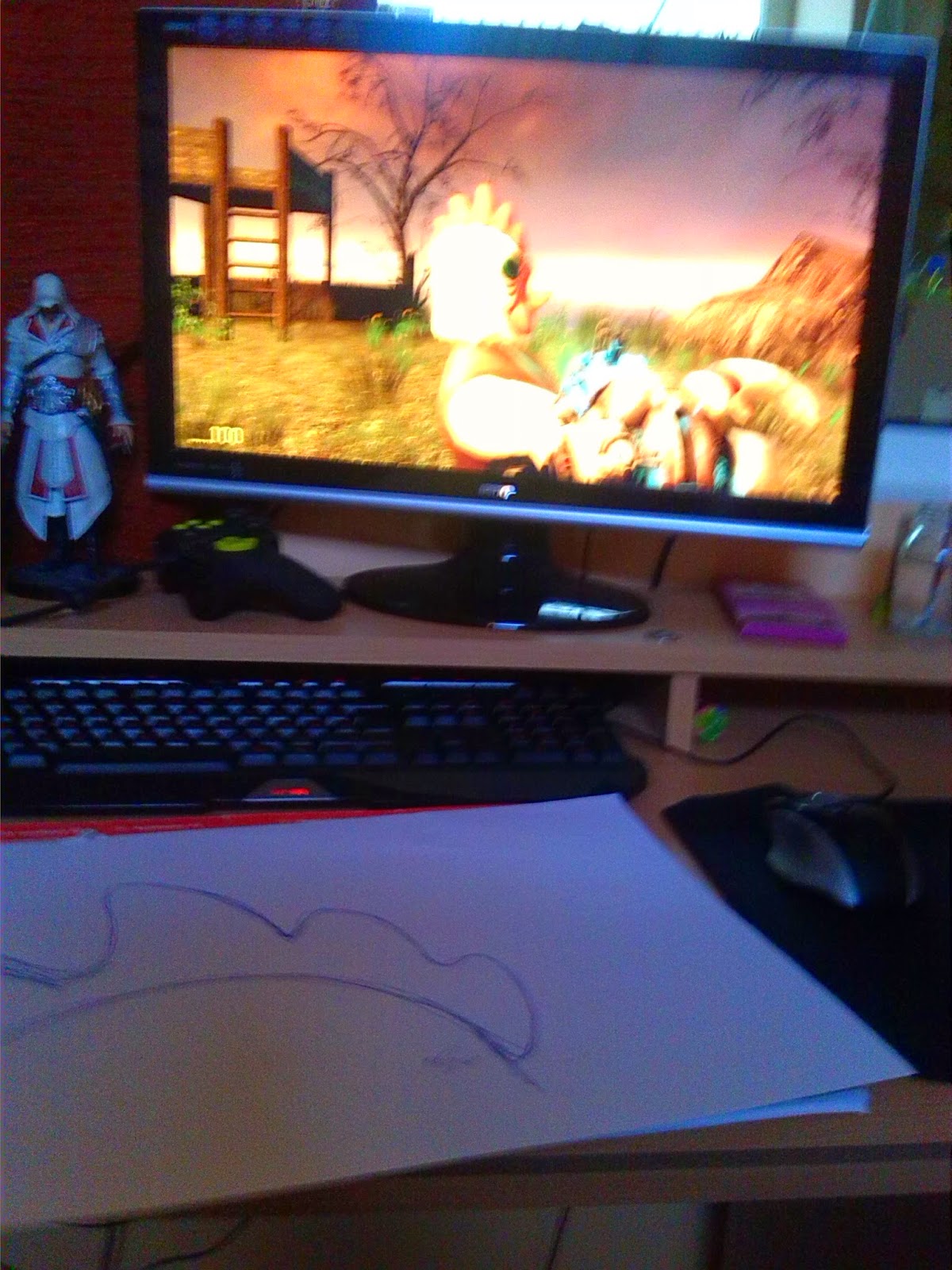 I also got a Richard modell in Gmod and used it to see what is going on with the character and how it looks.
BUT LOOK AT THE PAPER! (and forget about my massy table)

For now I will tell what I did.
I draw a biger pattern then how big I wanted the comb because the whole piece will be smaller.
I cut it out of craft foam twice for both sides... and used a heat gun to bent both of it. (be careful and don't mess up with banting both in the same way.)
Then I got a long craft foam line and used as a joint of the two sides.
glued them together (it also included a few error, because the two sides not connect perfectly)

Then I cut of two "wavy" shapes for the sides.


LETS GET BACK TO THE STAPS!

19. Make feathers and cover up the buttom of the mask.

Make triangle shaped feathers with rounded edge
(and again I didn't take a single picture so here you go the full mask....) 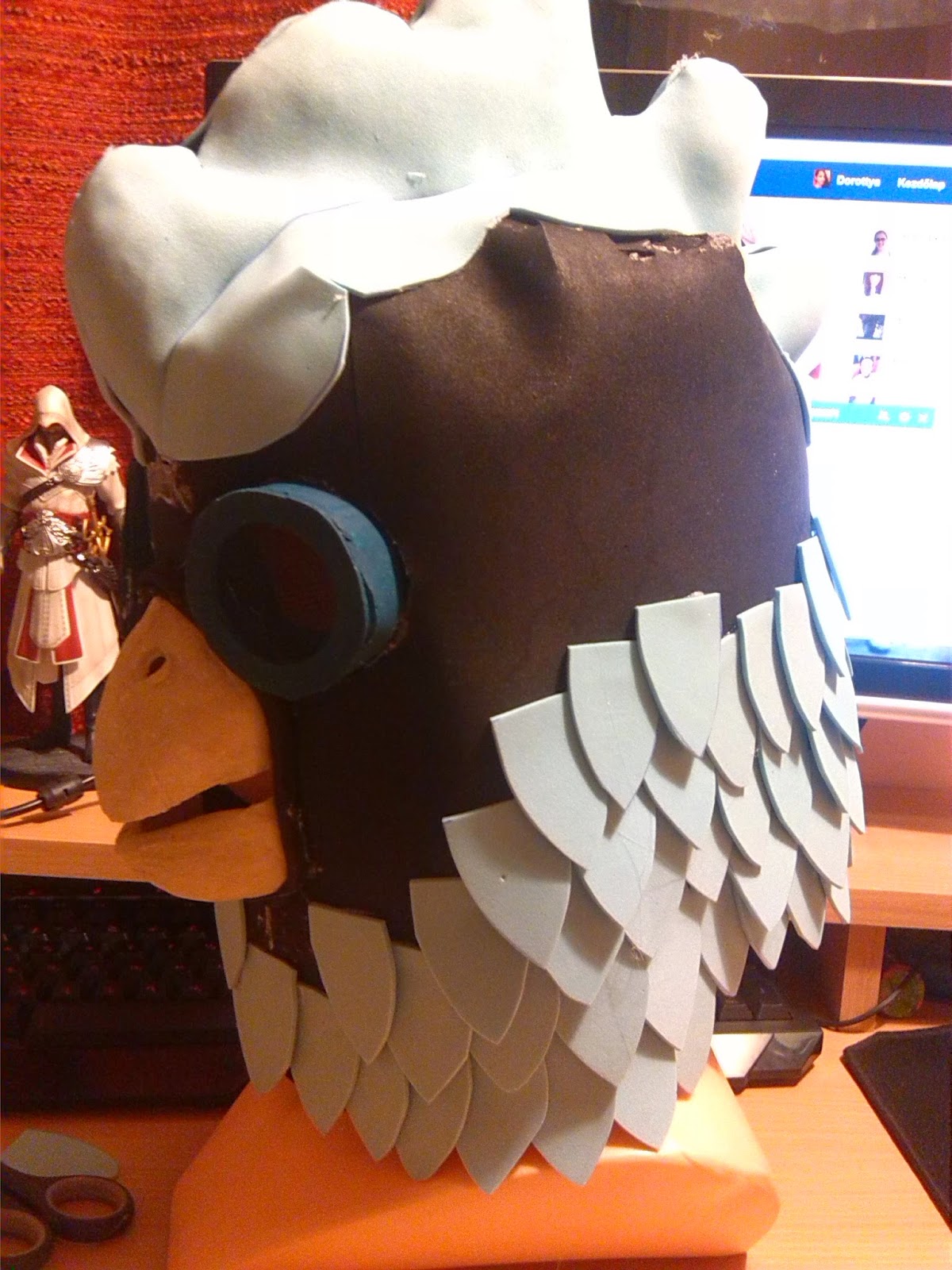 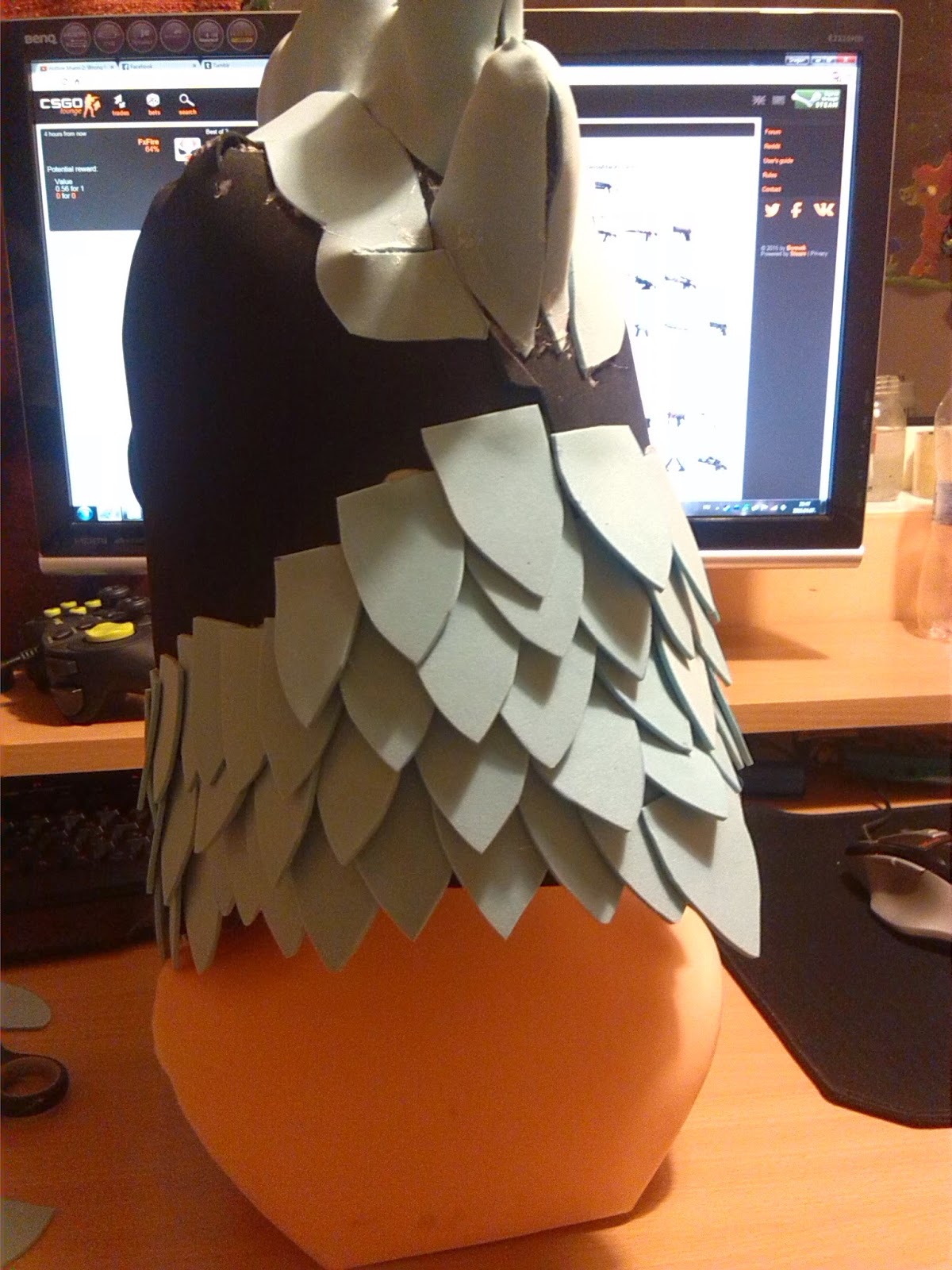 Every feather sould be around 5cm long and 3,5 cm wide.
I used 2 sheets of craft foam so you will need around 60 feather

What you wanka waiting for?? GLUE THEM ON!

Dont use all the feathers because you will need like 20 to make it looks something.
make it more "roundy" like on the picture. 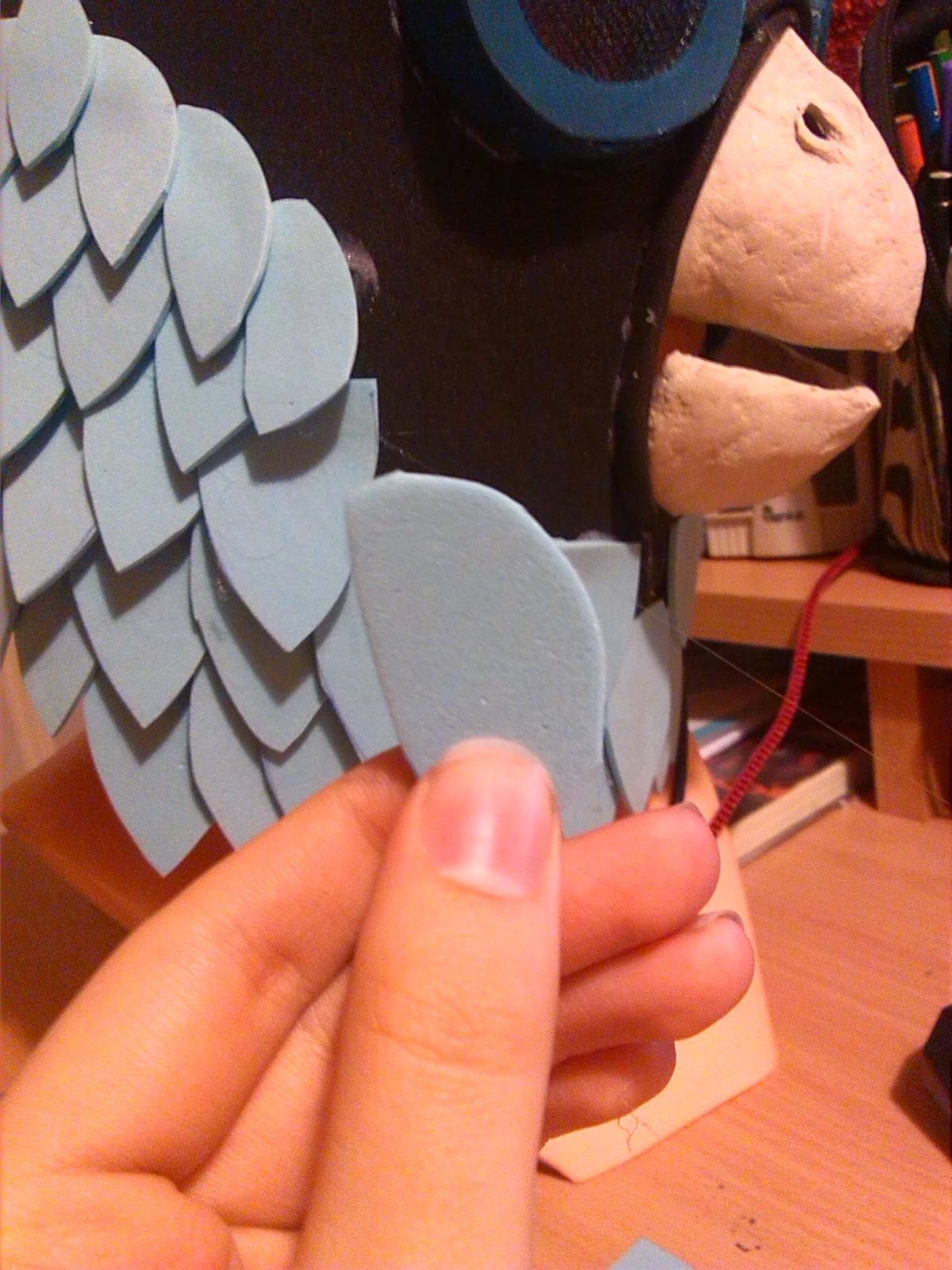 Now get your paints and ....paint them 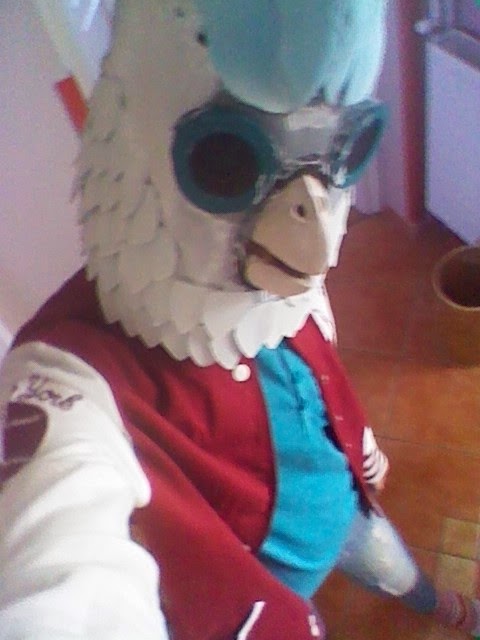 For me it was damn messy because the first paint I bought did not covered the foam
Then the spray paint wasen't good either for me *sigh*
but finaly I managed to buy a proper paint and don it.

22.You tought I forgot about the"beard" 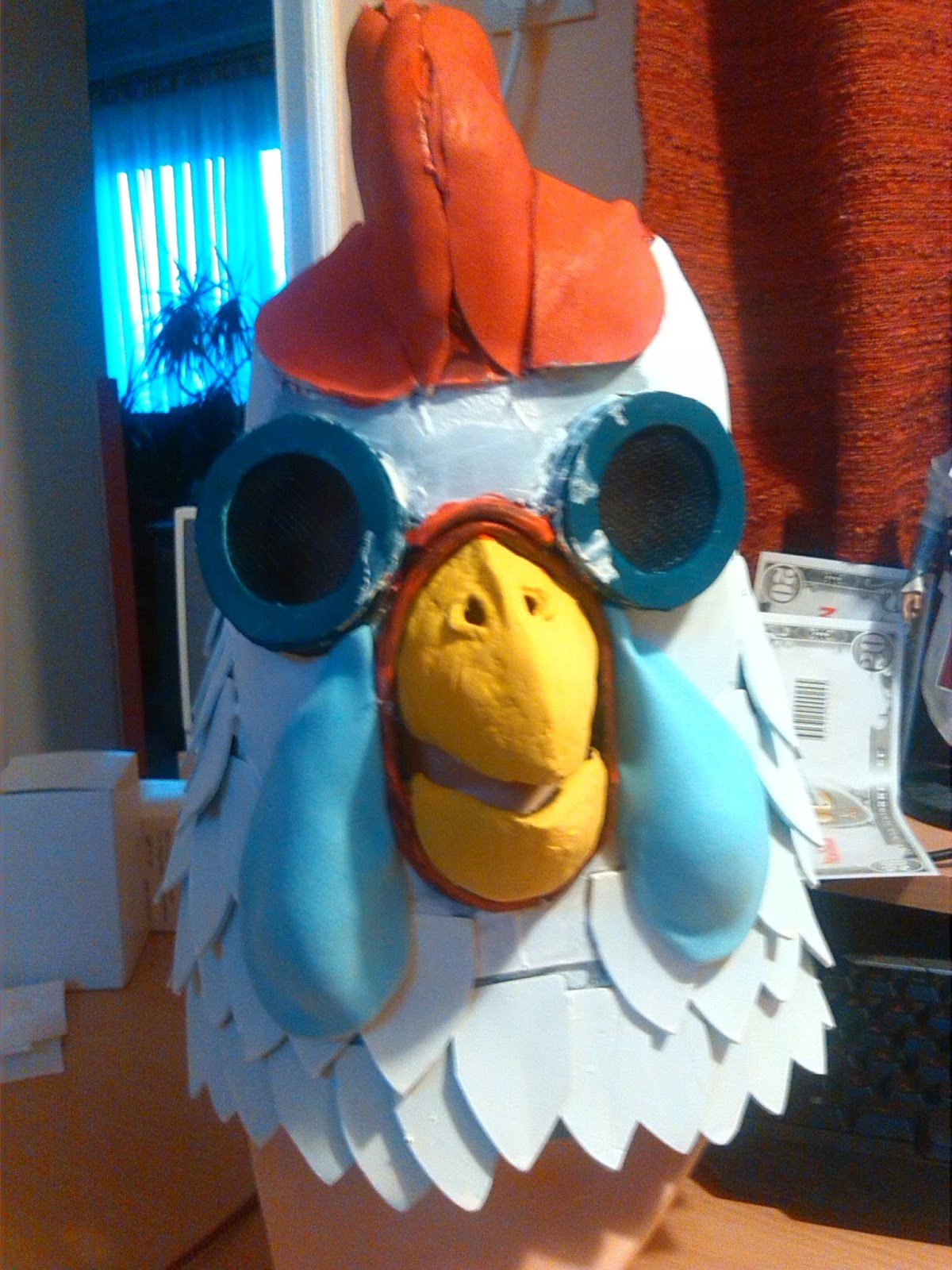 Cut out a bented teardrop(?) shape and use the heat gun on it.
Then glue them on.

Then paint them too!

23.Get the clothes
(I bought a baseball jacket, a pair of white shoes and an ocean blue tee and get my good old jeans) 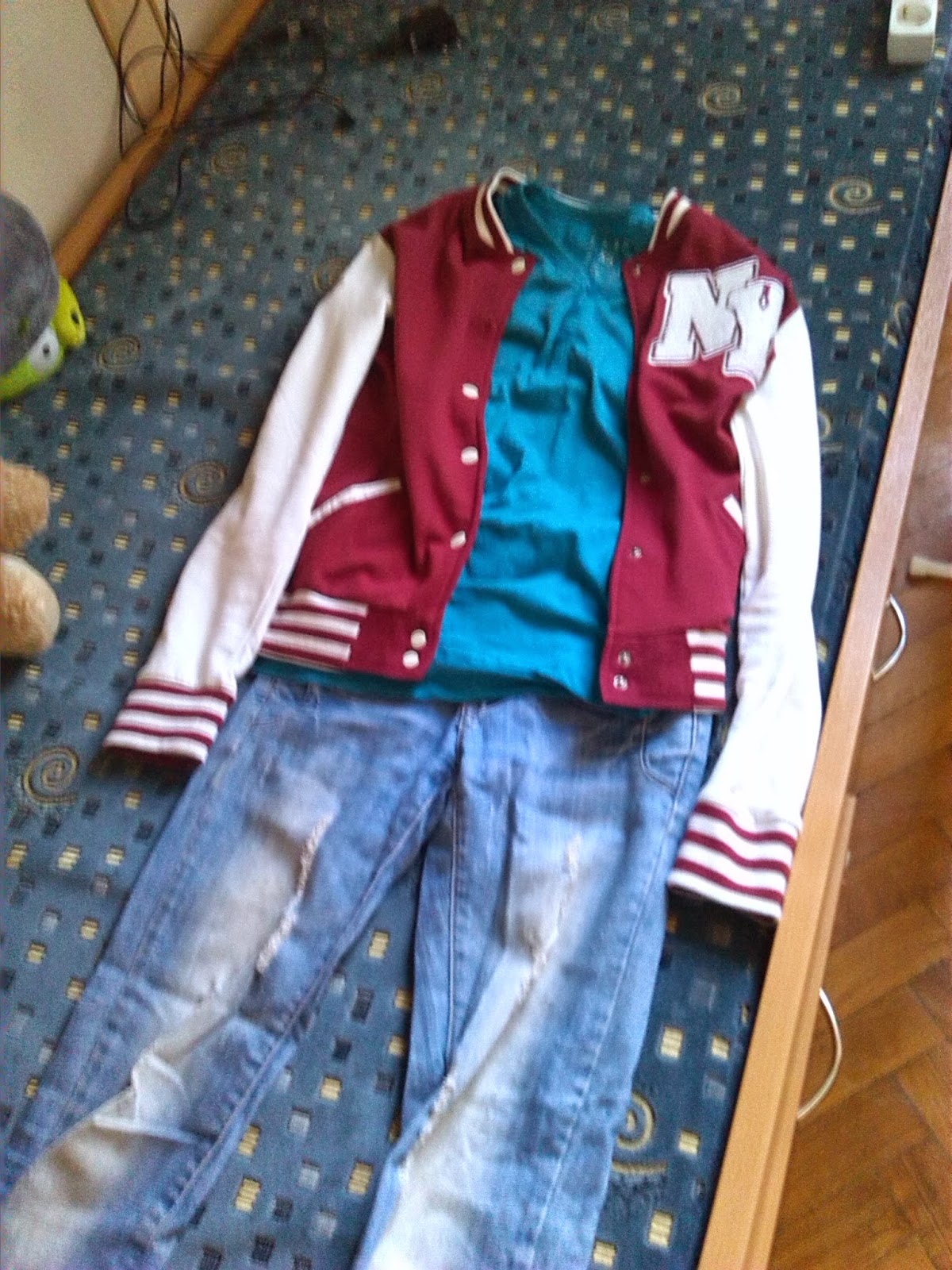 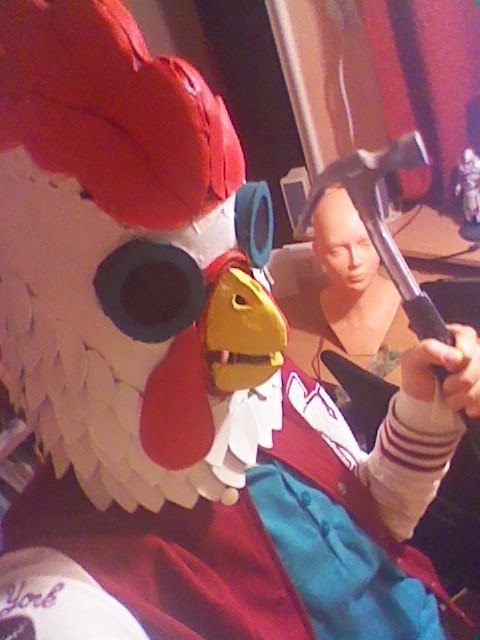 Hope this little tutorial thingy helped you.
And again sorry for the grammatical errors and feel free to ask me if something is not clear.
I also got tired when I finished it...So sorry again
And also i didn't ment to be harsh with the capitals or the "wankas" you know tought of making it more than a plain tutorial  hahah....